A festival is an event ordinarily celebrated by a community and centering on some characteristic aspect of that community and its religion or cultures. It is often marked as a local or national holiday, mela, or eid. Next to religion and folklore, a significant origin is agricultural. Food is such a vital resource that many festivals are associated with harvest time. Religious commemoration and thanksgiving for good harvests are blended in events that take place in autumn, such as Halloween in the northern hemisphere and Easter in the southern.

Festivals often serve to fulfill specific communal purposes, especially in regard to commemoration or thanksgiving. The celebrations offer a sense of belonging for religious, social, or geographical groups, contributing to group cohesiveness. They may also provide entertainment, which was particularly important to local communities before the advent of mass-produced entertainment. Festivals that focus on cultural or ethnic topics also seek to inform community members of their traditions; the involvement of elders sharing stories and experience provides a means for unity among families.

In Ancient Greece and Rome, festivals such as the Saturnalia were closely associated with social organisation and political processes as well as religion.In modern times, festivals may be attended by strangers such as tourists, who are attracted to some of the more eccentric or historical ones. The Philippines is one example of a modern society with a large number of festivals, as each day of the year has at least one specific celebration. There are more than 42,000 known major and minor festivals in the country, the majority of which are specific to the barangay (village) level.

Traditions:
Many festivals have religious origins and entwine cultural and religious significance in traditional activities. The most important religious festivals such as Christmas, Rosh Hashanah, Diwali, and Eid al-Adha serve to mark out the year. Others, such as harvest festivals, celebrate seasonal change. Events of historical significance, such as important military victories or other nation-building events also provide the impetus for a festival. An early example is the festival established by Ancient Egyptian Pharaoh Ramesses III celebrating his victory over the Libyans. In many countries, royal holidays commemorate dynastic events just as agricultural holidays are about harvests. Festivals are often commemorated annually.

There are numerous types of festivals in the world and most countries celebrate important events or traditions with traditional cultural events and activities. Most culminate in the consumption of specially prepared food (showing the connection to "feasting") and they bring people together. Festivals are also strongly associated with national holidays. Lists of national festivals are published to make participation easier.
Posted by Pratik gorivale at 3:01 AM No comments: 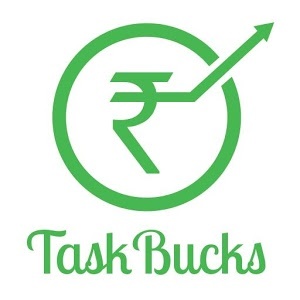